In the old days, the Luiseno indians of San Diego's north county would look up at the high point of Palomar during rain storms and marvel at all the lightning sparks that Taakwish (Tahquitz), the fallen shaman of wondrous power, created as he pounded the bones of his victims on his favorite rocks atop the mountain range. Taakwish is notoriously man-hating and can't wait to beat up on people venturing up his mountain (Lily Rock on Tahquitz Peak), canyon, and his bone pounding places like the highest prominence of the Palomar range.

It wasn't the legend of Tahquitz that deterred me for so long before attempting to reach the high point of Palomar Mountain by bike, however, but the prospect of actually destroying my road bike on a rough people-less trail with nary a chance of being in cellphone reception range for a mayday call in mountain lion country. Having picked up a sturdier Fuji Finest with clearance for bigger tires and a good pair of disc brakes, and scoring a willing riding partner changed things, and one morning in April I cycled up to Aguanga where my partner, Mike, was waiting, and together we set off up High Point Truck Trail (8SO5) to pick a fight with the devil.

High Point Truck Trail, I must say, doesn't have much of a soft spot for rigid road bike running any tire smaller than 30mm. I was running a pair of moderately threaded 28mm, and had quite a bike handling work out on the many really soft sandy stretches at the bottom of the climb, and then again when the road gets rocky, rutty, and quite extremely pitchy as we stopped half-way up to have a look at Oak Grove TT to see if it would make a good alternative escape route from the top. For the record, it doesn't!

We hiked the bike as much as we rode the last mile to the intersection with Palomar Divide TT (9SO7). My partner had road cycling cleats on, and the wet dirt was wreaking havoc on his ability to clip on and off his pedals. It was quite a lesson to me, as I had never used road clipless system (I went from riding flat pedals to mtb spd system). This proved to be quite problematic since his feet weren't secure on the pedals, and made riding pretty hazardous. With the lateness of our arrival to the Palomar HP saddle, we opted out of going up another mile and a bit to tag the actual top in order to start our descent as soon as possible.

Palomar Divide TT put up a lot of fight to slow our escape from Tahquitz's favorite bone grinder. The top part of the road is really rough and full of pebbles that made it almost impossible to stay on a good descending line. The decline is also interrupted by more than a few sudden uphill spikes that are both too loose and steep to ride up. Heck, there are even sandy stretches that preserve quite a few wild spoors - some more concerning than others. For a good couple of miles we found ourselves reverse-tracing footprints of a mountain lion and two cubs... It was enough to grow eyes out the back of our heads and almost hallucinating big cats peeking out from every boulder and bush along the road.
We caught some fantastic views of Mendenhall Valley, San Jose del Valle, and Lake Henshaw on the descent (especially once we made it to the old pavement bit below the old Ware Mine. I'm afraid I had accidentally knocked the GoPro downward during the climb up Highpoint TT, and am left with pretty useless footage of a lot of dirt and rut and not much else. As I was counting on getting some good stills from the video, I didn't stop to take many photograph with my camera on our way down the rough road. I guess this calls for a redo ride on the other side of summer!

I must say, the old pavement on the lower 6 miles or so of Palomar Divide TT is really no picnic to ride as it isn't maintained and is quite chopped up in places and full of debris in others. It's still a big relief from the deep sand and rough pebbles of the upper section, however. I don't know if my road bike would have survived much more of the latter. 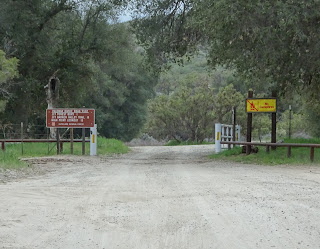 We somehow made it down to Hwy 79 in one piece (with one minor crash each, sort of as sacrifice to Tahquitz for having invaded his territory on such unsuitable manpowered machines. It was quite a long morning of rough-road riding in quite wetter weather than anticipated (no rain perse, but riding into a cloud that just sat still was still quite a soaking experience). Hopefully I'll get to challenge Tahquitz for a rematch soon... on a bit bigger tires and maybe a slightly bigger cassette, too.

Thanks very much to my riding pal Spinmotion for hanging in there with me both on and off the bike!

Thanks for stopping by. Be safe on the roads! 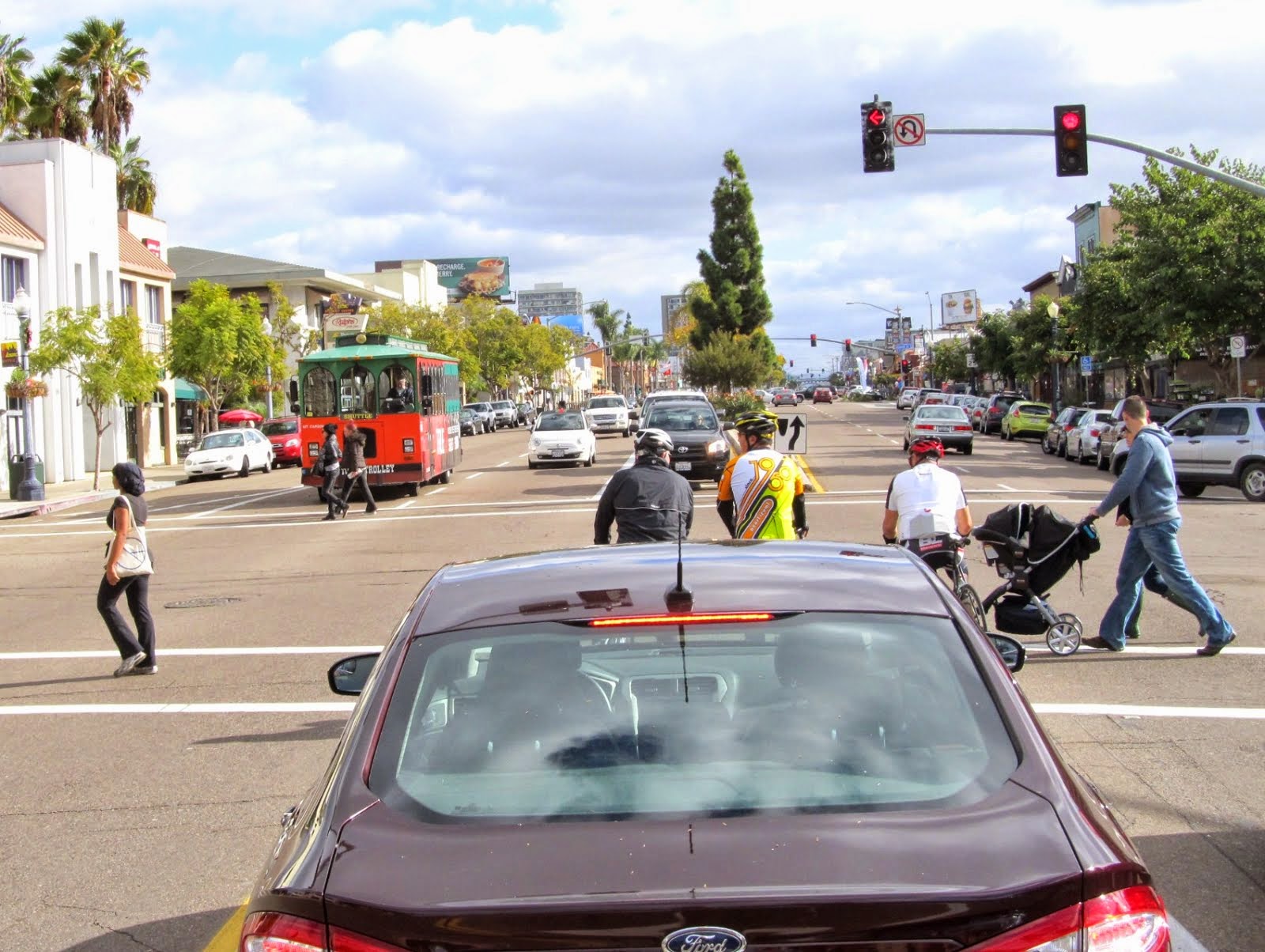 Click to see what the law says about bicycles in California

A Thought For The Road 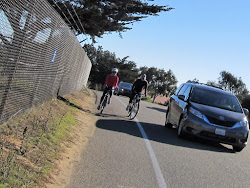 "It would be easy to get angry at everyone on the road after being hassled by a few bigots and jerks, but the truth is that we are being passed by many more people who admire us and wish they were brave enough to join us. Acting in ways that will make these people angry at us will have the opposite effect from the one we desire. Being a little tolerant and willing to turn the other cheek while bravely maintaining our position will win many friends and sympathizers and even encourage a few to begin riding themselves." - Ken Kifer 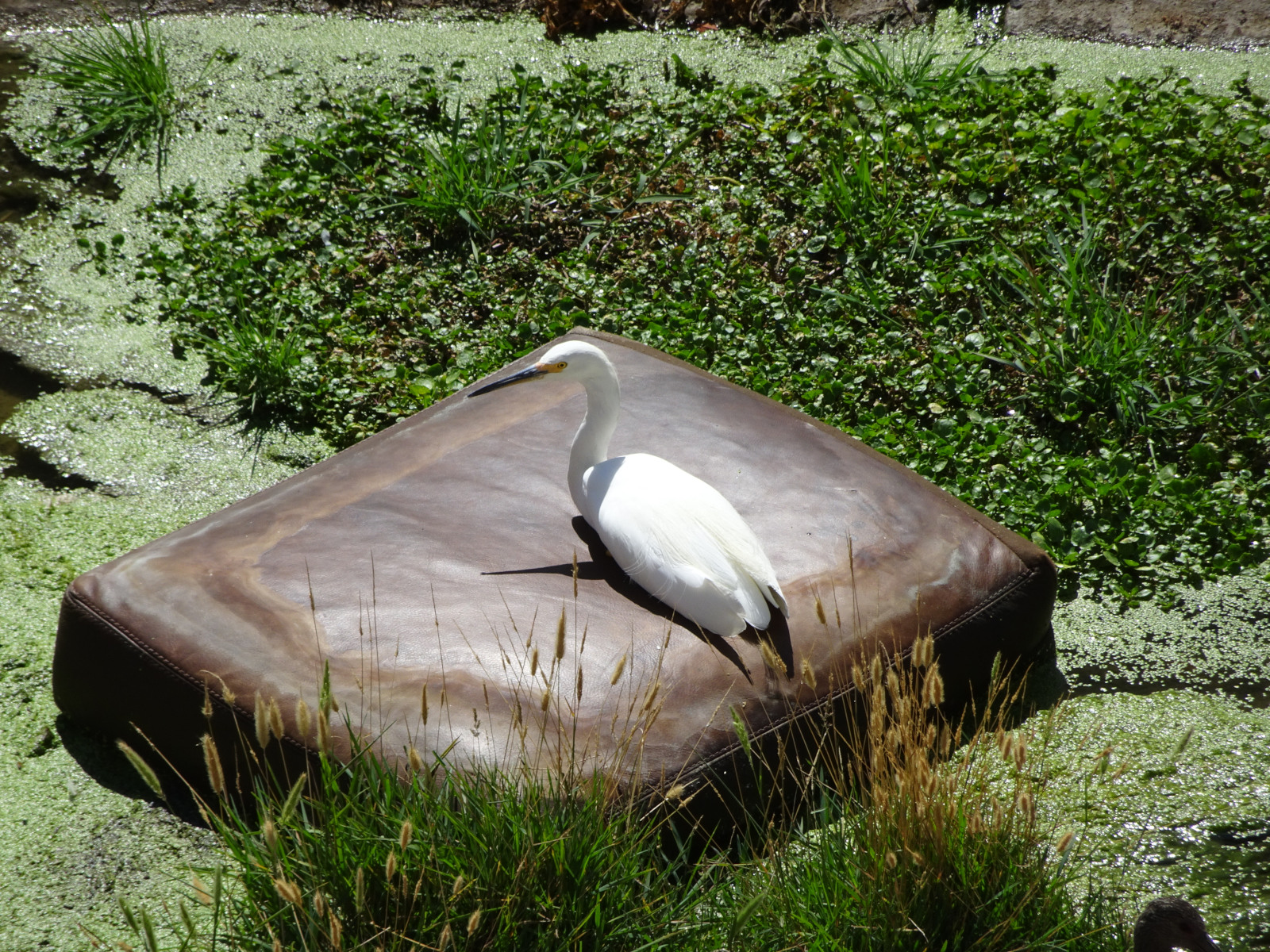